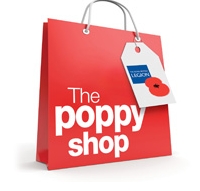 The Poppy Shop – the online shop for The Royal British Legion, made the decision to expand its range of products available through the Poppy Shop website which were previously not available to order on line.

The concern was that their existing warehouse and fulfilment facility in Aylesford, Kent would be unable to meet the increase in demand and throughput, especially through the high demand season from July to October. The Royal British Legion enlisted the help of The Supply Chain Consulting Group (SCCG) to investigate the options and source the right solution to support this vitally important sector of their commercial operation.

“We required a high level of expertise from the consultants to enable us to quickly identify the optimal solution which could be implemented against some very demanding time schedules and the team from SCCG, ticked all the boxes.”
Head of Corporate and Trust Relations for The Royal British Legion

The Warehouse and Logistics team at SCCG worked with the client to carry out a detailed review of the existing warehouse and distribution operations for The Poppy Shop and to identify the future requirements. The findings from this review were presented back to the project steering group with a recommended strategy to meet the expected increase in activity and throughput and which could be implemented to coincide with the launch of the new website and increased product range.

It was agreed that as a temporary solution for the 2011 season that an outsourced partner for high season, whilst utilising the existing internal fulfilment operation for low season, was the most suitable solution which could be implemented quickly and efficiently.

The consultants developed the scope for the outsourced operation including Warehousing, Stock Management, Product Fulfilment and Logistics services. It was also an opportunity for the Poppy Shop to improve efficiency and optimise customer service levels so the potential partner was required to have the capability for full integration with the Poppy Shop’s IT operating system and EDI capability for all elements of sales order processing, customer service and stock visibility.

A number of companies were approached by SCCG who identified and recommended the most suitable fulfilment partner based upon a combination of capability, culture fit, customer service and cost.

“We are very proud to have successfully completed this project for The Royal British Legion especially in their 90th anniversary year which is so important to them and all the serving and ex-service armed forces personnel and their families that benefit from their support.” Director, SCCG – Gideon Hillman.

The longer term solution, which was subsequently implemented in 2012 was for a single e-fulfilment operation for the whole year (high and low seasons) which met all of the areas above plus additional service levels and a fully manned customer call centre so the whole e-fulfiment operation including aftersales support was managed from a single location.T 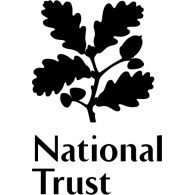 Struggling with the warehouse storage space? There are solutions.

Struggling with warehouse storage space? There are solutions. Warehouses are typically designed to make the best use of available floor space to facilitate efficient storage,…

Warehouse operations have changed significantly in the last two years, and that’s not only because of the Covid-19 Pandemic. Disruptions in supply chains, the Brexit…