All this Droning on about Parcel Delivery Drones

I would like to start this piece by saying that all the issues raised below are my own thoughts and ideas, however it is likely that many of us have had the same thoughts on this particular subject; whether they have been shared or not.
Technology is developing at such a rate that a mere ‘good thought’ becomes a ‘great invention’ very quickly and then becomes a ‘fantastic idea’, which is instantly communicated to a global audience as something that must and will happen.

There was a time not too long ago when prototypes and testing inventions would be more discreet and commercial practical applications properly considered before announcing it to the world (the DeLorean and the Sinclair C5 are two of the exceptions). 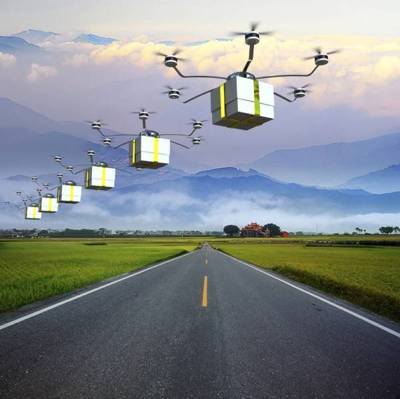 Not in the case of drones delivering parcels it would seem, as both Amazon and Google (and no doubt others) race to perfect the parcel delivery drone. ‘What a fantastic idea’ everyone cries, ‘whatever next, driverless delivery vehicles’? Well….. yes; as the technology is already being developed – why not?

This article is not debating the physical constraints, or speed, altitude, GPS systems, anti-collision, remote cameras flying over your garden on a hot summer’s day, parcels being dropped on an innocent bystander and all the other technical and social issues; as they have been debated many times and will no doubt be debated many more. However, as with many great inventions, with what the inventors and researchers claim to be great commercial potential – where does the ‘value’ actually lie and who benefits? The purpose of this article is to debate, or at least identify, some of the commercial and human issues if we are to adopt this specific technology.

Assume for one minute it will all actually work and we have a logistics network and parcel distribution and delivery Utopia where there are no longer any delivery personnel. The drones deliver the parcel to your door intact and on time; if the parcel is too big for a drone then don’t worry as the driverless van will glide to your front door and text you to come outside and take your parcel from a hatch on the side of the vehicle. Who actually wants this, who asked for it and who said ‘we must have it’? Probably not the end customer and certainly not the majority of parcel carriers. It must have been those great commercially minded inventors who do not own, operate or have a substantial investment in a distribution and/or home delivery network.

Let’s start with the customers in this perfect future parcel delivery network. Did the customer ask for this by shouting down the telephone at the customer call centre ‘just deliver my parcel by robot or I wont accept it’! Was there a petition for the parcel industry to stop employing people and invest in drones and driverless vehicles? Who can the customer speak to on the doorstep if the delivery is wrong, do they reattach it to the drone (no – too many health and safety implications), or do they have to wait in for a collection by – dare I say it – a ‘human’? Not just any human but one that has a job delivering parcels and earning a wage with self-esteem as a contributor to the economy, whilst being able to support his or her family. This brings up a whole different discussion about unemployment levels and socioeconomics; but no need to digress into that level of detail at this stage – however tempting.
Quite simply the customer is being sold the concept of parcel delivery drones as the possible future of the industry and until such time as the customer actually has to interact with a robot then they will quite simply think ‘that sounds like a really cool idea’ and ‘wow, how Star Wars’ etc…. 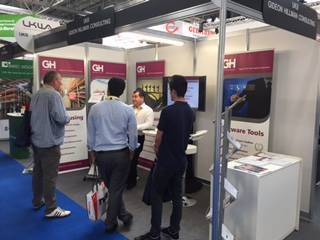 The main concern in this perfect delivery network would be for the parcel delivery company, or at least its employees. These are the same parcel companies that have smiling staff on their marketing and advertising material; they claim that the personal touch and their staff are the very backbone of their success; they have call centres who can talk with the driver; drivers who can make rational decisions about route planning based upon traffic and endless other variables when it comes to making a delivery. What happens to the teams of drivers, are they simply redundant, or does each one now sit at home and remotely control a drone or a driverless van?

Are the big internet retailers literally looking to cut out ‘the middle man’ and simply ignore the existing home delivery networks and do it themselves? Or will they force the parcel distribution industry to make potentially huge capital investment into drone technology (not to mention on-going software and hardware support) and to take on the inevitable risks and potentially very high insurance premiums. Parcel delivery and logistics networks are a whole industry which, although not completely at risk in this case, at the very least would have to change to an unrecognisable model compared to the people focused industry that it is today.

Having seen on television the Google drone deliver a parcel – albeit lowered on a piece of string – to a farmer in the Australian outback and the many videos of the Amazon drones taking off and landing – literally just going up and down in the same position or within a few metres – it seems more of a contest about who can develop the technology, as opposed to who can implement it as a practical and economically viable alternative to the multi-billion dollar global parcel logistics and distribution networks. 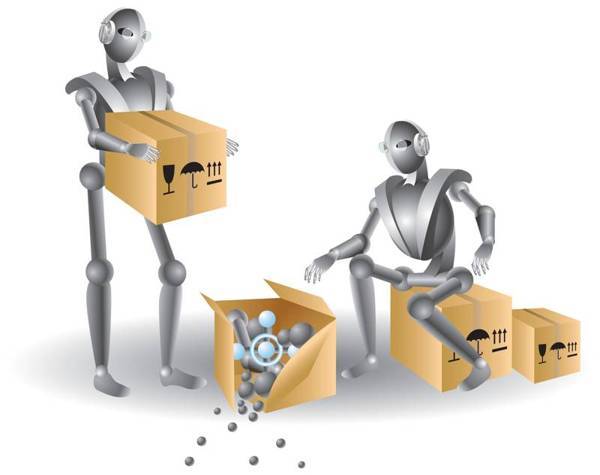 This short article is full of questions, no solutions or answers and may sound quite cynical, all of which is intentional as it is not really clear if the logistics and parcel delivery industry is as excited as the internet retail giants, or even really been consulted, other than by externally funded University study groups or industry working groups, who are yet to publish results.

It is acknowledged that the technology exists as at least one major global parcel delivery company has tested drones for parcel delivery over a distance of 1km – but is anyone going to attempt to implement it, and if so have they told the labour unions? 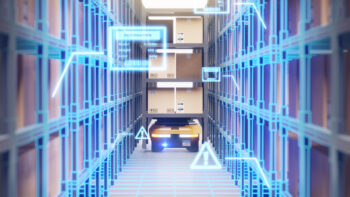 Are you managing more than 2000 packages per day?  If you are not there yet, start here. In Part 2,… 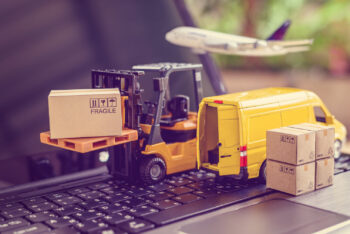 Ramping Up Your e-Commerce Business

Many emerging e-commerce businesses start from a spare room in a house or garage. Orders trickle in day-by-day but grow…