12 Of The World’s Most Incredible Warehouses & Factories

This blog post is all about some of the most incredible warehouses, storage facilities and factories from around the World. Check out these awesome photographs ranging from a wine cellar all the way through to an enormous warehouse where they build aircraft. 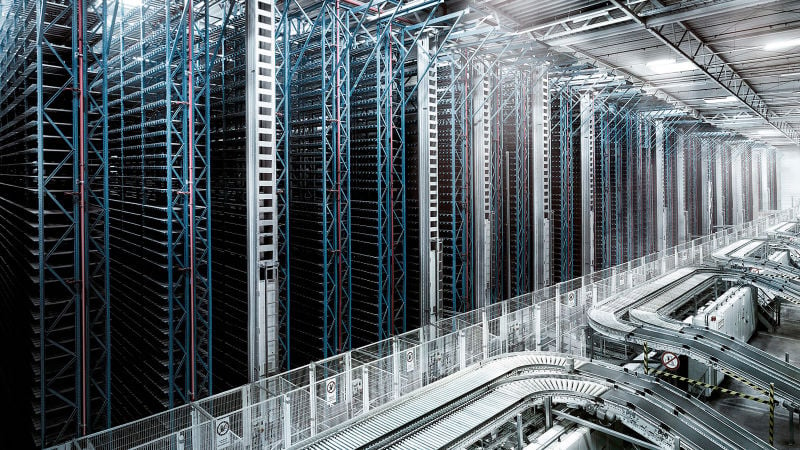 Above: A photograph by Christian Stoll one of DB Schenker’s warehouses in Germany. DB Schenker is one of the largest logistics companies in the world and Christian Stoll is known for his stunningly perfect photos of modern structures. 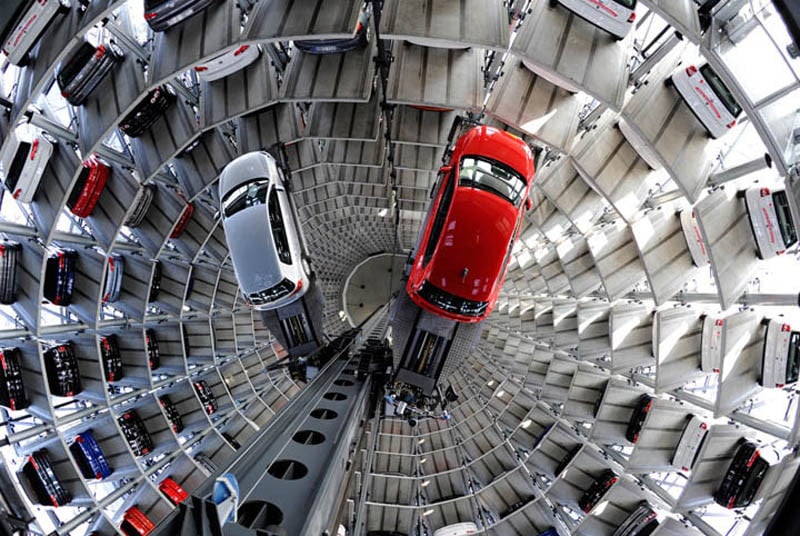 Above: The two gleaming glass towers of Volkswagen’s Autostadt, or car town, house technology which automatically moves cars from VW’s Wolfsburg plant to the towers, and on to the customer centre where they are collected by their owners. 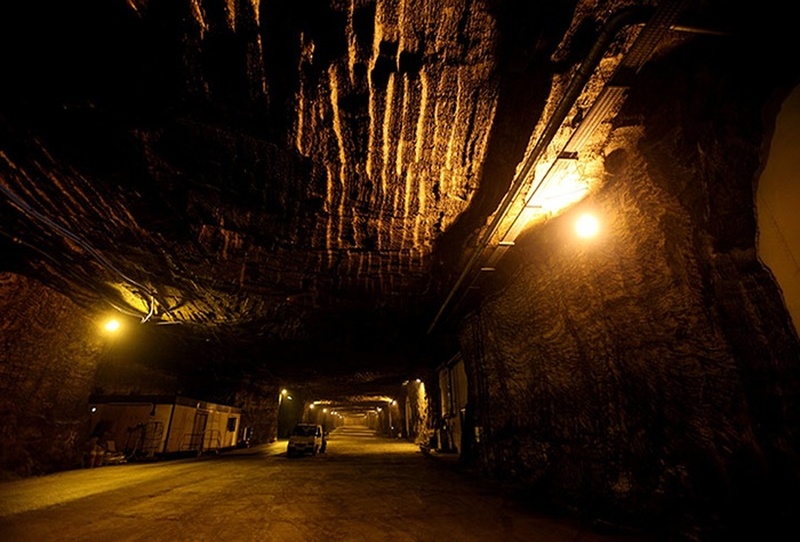 Above: The salt mine in Winsford, Cheshire is the size of 700 football pitches, stretches to 100 miles and is still growing. Confidential government files, hospital records, historic archives belonging to The National Archives are stored in the mine, where the dry and stable atmosphere provides ideal conditions.

4. Bank of England’s Vault Beneath London 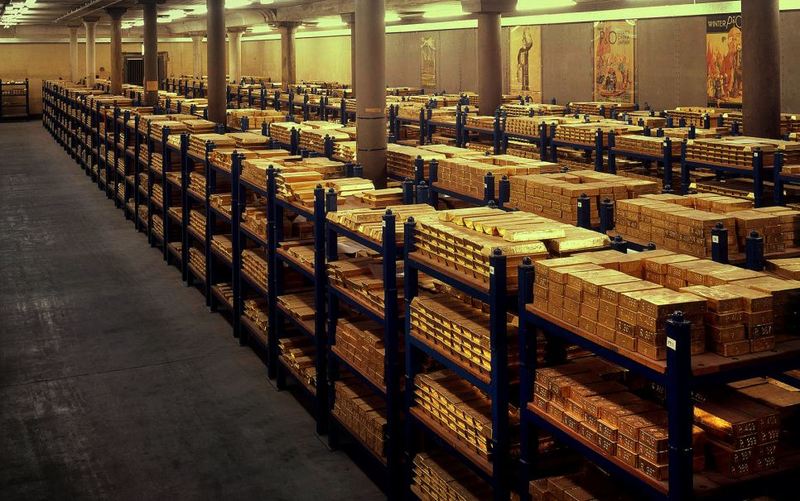 Above: The Bank of England’s vault under central London contains 4,600 tons of gold, worth an incredible £156 billion. The piles of 28lb 24-carat gold bars are stacked on simple blue shelves beneath strip lighting. 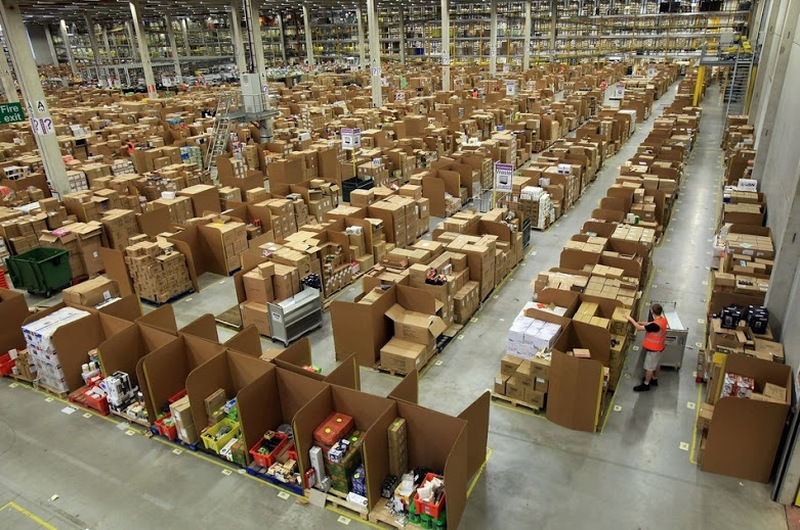 Above: We are not sure where this huge and incredible warehouse is based but it belongs to Amazon, the world’s largest online retailer, which started off as an online bookstore back in 1994. 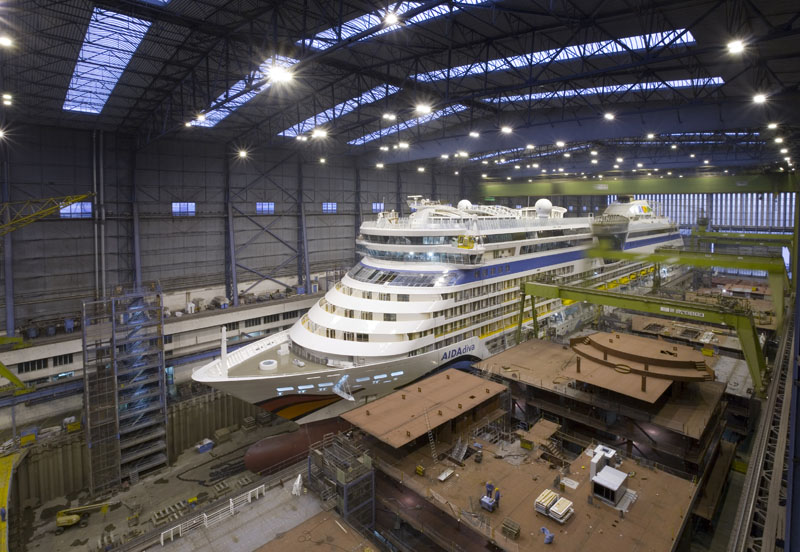 Above: Founded in 1795 in Papenburg, Germany, this shipping and cargo port warehouses some of the largest cruise ships in the world. It boasts 678,000 sq. ft. of space, and it is estimated that over 700 total ships have been built at this facility. 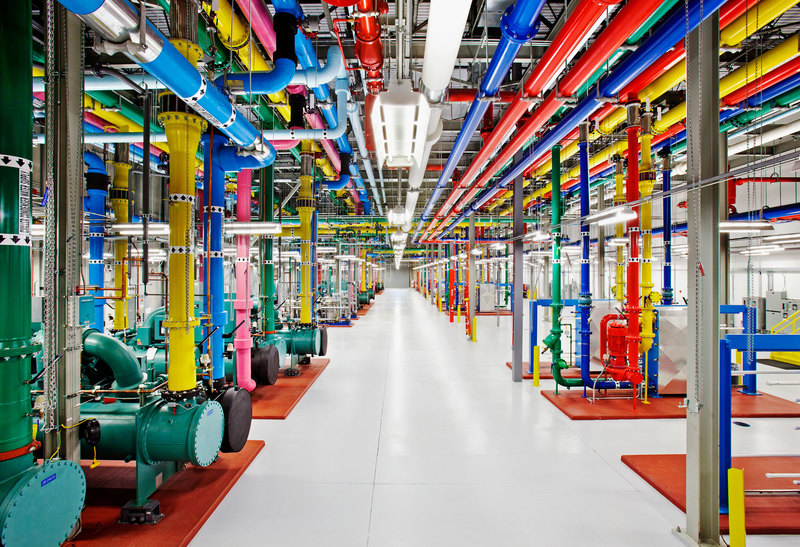 Above: A central cooling plant in Google’s Douglas County, Georgia, data centre which originally opened in 2003. They paint the pipes bright colours not only because it’s fun, but also to designate which one is which. 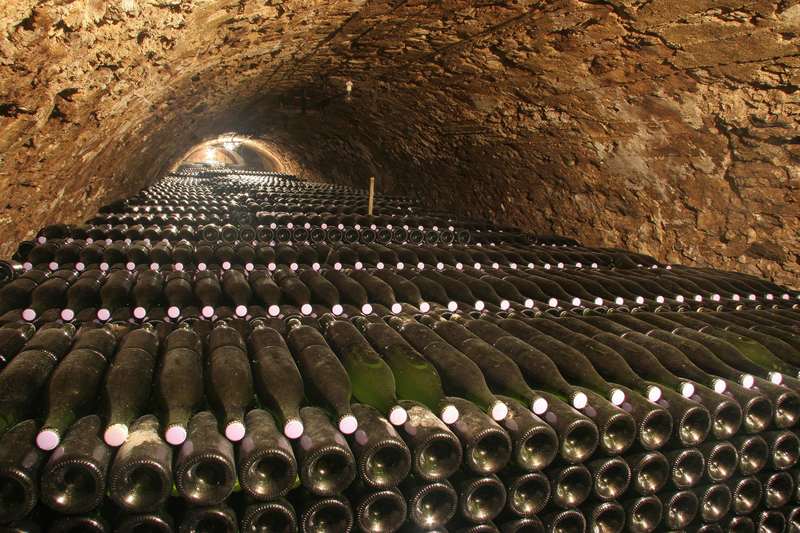 Above: The world’s finest champagnes are stored in underground warehouses such as the one shown here in Reims, France while they mature for anything up to 20 years. 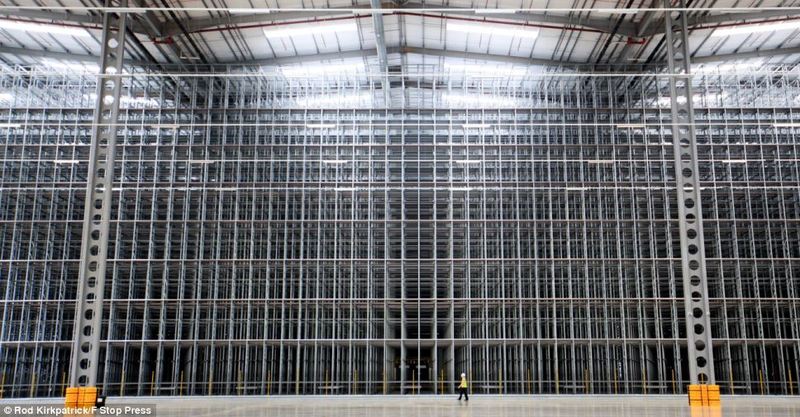 Above: Marks and Spencer’s mega e-commerce HQ which opened in 2003 in Castle Donington, Leicestershire. The 900,000 sq ft distribution centre handles all of M&S’s online orders and deliveries processing up to a million items a day. 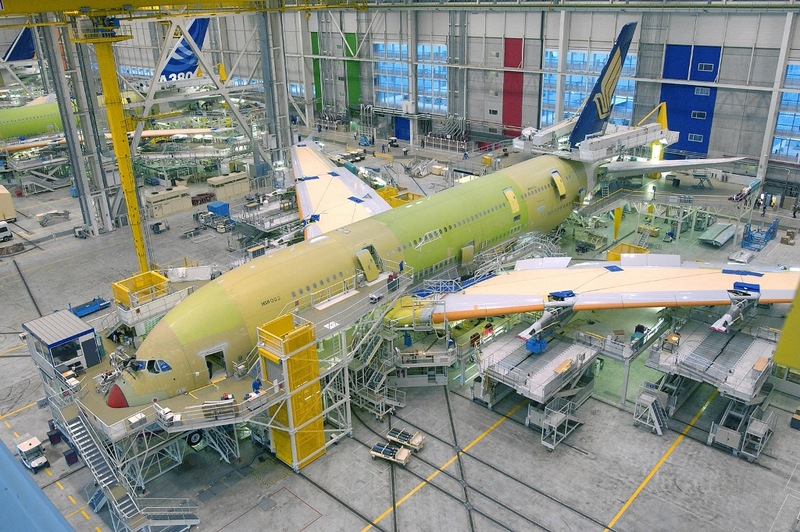 Above: The Jean-Luc Lagardere Plant in Toulouse plays a very important role in the construction of the Airbus A380 aircraft, which is the largest airliner in the World. It takes about 1.32 million square feet to adequately build these huge planes. 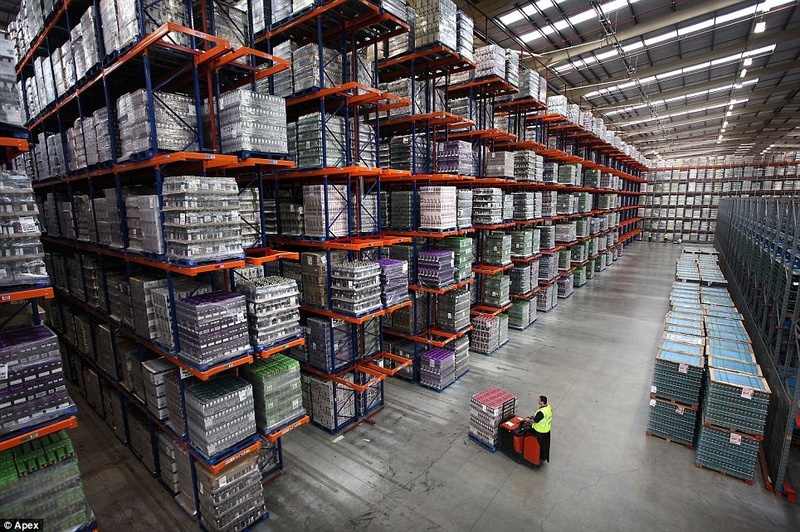 Above: Based in Avonmouth, near Bristol, Constellation Europe is the largest wine warehouse in Europe. It stores 57million bottles at any given time, enough to stretch 9,000 miles if laid out end to end. That’s the same distance as a flight from the UK to Australia. 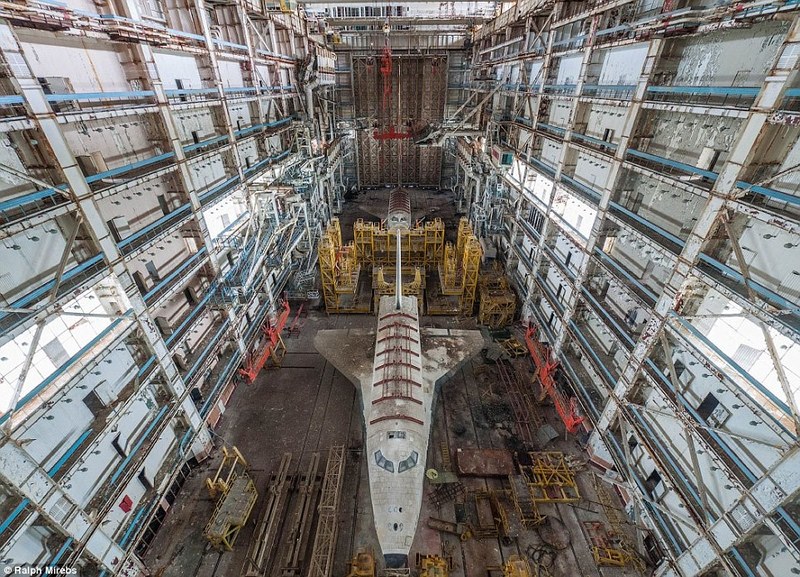 Above: Here is an awesome picture taken by photographer Ralph Mirebs of inside the abandoned Soviet Space Centre based near the Baikonur Cosmodrome in Kazakhstan. The hangar houses 2 prototype shuttles that were part of the ill-fated Buran shuttle programme. 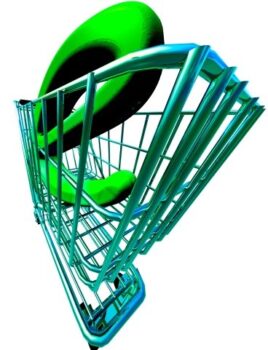 Buying behaviour and shopping habits may never be the same again

The ‘Great Lockdown’ has forced consumers to adopt new shopping habits and re-evaluate their needs.  Before the current pandemic, the… 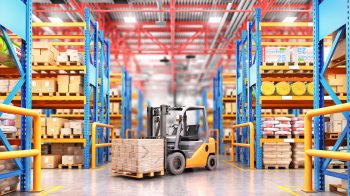 Back to work – Social Distancing in the Warehouse