Is Any Brexit Outcome A No-win For Manufacturers?

Whatever “outcome” Brexit delivers in March 2019 it will undoubtedly have a huge impact on manufacturing supply chains in the UK. Manufacturing accounts for about ten per cent of the UK’s GDP, and 44 per cent of the UK’s exports. There is still no clarity about whether a negotiated deal is possible. If there is “no deal” it would mean that trade would begin to be governed by World Trade Organisation rules, where tariffs and customs checks will apply. Manufacturers in the automotive and pharmaceutical industries are understandably very concerned and have already taken certain steps to mitigate potential risks.

Let’s look at the possible scenarios and how they might impact the manufacturing industry:

Scenario 1
The UK leaves the EU customs union and is able to make its own trade agreements with non-EU countries. This is the scenario in which the UK would be like Norway, outside the customs union, but in the single market and in a free-trade area with the EU. This situation is unlikely based on current UK policy. The UK leaves the EU single market as well as the customs union and applies its own regulatory rules. This is loosely labelled a “hard” Brexit. This scenario will give rise to additional border costs and delays as the EU will need to have customs checking mechanisms to ensure that imports from the UK satisfy EU rules, and vice versa. The UK would remain in a free trade area with the EU whereby participating nations develop their own rules.

Scenario 3
The UK fails to maintain free trade with the EU and with all the 67 countries with which the EU (including the UK) currently has free trade agreements. The UK will trade on World Trade Organisation terms with all countries. This is called the WTO or no-deal scenario.

Sussex University’s Trade Policy Observatory has estimated the possible effect on UK manufacturing of these three scenarios. In each case, they found that Brexit will lead to a decline in trade and a decline in output, with these effects being greatest in Scenario 3. They estimate that should this come into play, total exports will fall by almost 20 per cent and up to 70,000 jobs could be directly at risk in manufacturing alone.

The impact of Scenario 2 or 3 across the more than 100 manufacturing sectors varies widely but the sectors in which a high proportion of output is sold in the EU market are the most vulnerable, e.g. automotive and pharmaceutical companies.

Investment decisions in the manufacturing sector are made over long periods, up to a decade. Many companies are delaying their decisions regarding new plants and production lines until there is more clarity, creating some inertia. There is a body of opinion that says that after Brexit, UK manufacturing will slowly wilt: research and development will gradually move away and future investment will be diverted as well. Some companies, like Unilever and Nestlé, have already made the decision to relocate jobs and production away from the UK to the Netherlands and Poland respectively.

One of the biggest concerns for industry is the impact of new trade barriers between the EU and the UK. There will be additional documentation required, delays due to customs checks and congestion at borders, all of which incur costs. The flow of goods in both directions will be slower impacting on time-sensitive industries. Congestion at the Port of Dover is a specific concern as the number of goods vehicles checked could increase more than 10-fold if all vehicles are subject to customs clearance.

The automotive industry
Any change in tariffs and regulations will impact the UK automotive manufacturing industry and cause disruption across the extended supply chain. For example, the Mini’s headlights are made in Spain and are imported for assembly at the BMW facility in Oxford. The headlights are among the 60 per cent of the 3,000 components in a Mini that come from the European mainland. BMW has warned that delays could result in plant closures. Import tariffs alone could push up the list price of cars imported to the UK from the continent by an average of £1,500 if brands and their retail networks were unable to absorb these additional costs.

Last year, 54% of UK-built cars were shipped to customers in the EU. The SMMT reckons a no-deal shift to WTO tariffs would add £1.8bn to the cost of exports, forcing price increases.
As one of the two biggest manufacturers in the UK, Nissan is concerned that its manufacturing costs will increase due to the disruption it is likely to experience in its just-in-time inventory (JIT) processes. Any customs checks could hold up parts shipments needed to keep its auto factories running smoothly.
Whatever the Brexit outcome, sourcing of assembly parts and distribution of finished vehicles will be more costly, forcing organisations to rethink their medium to long-term investment strategies. The pharmaceutical and life sciences industry
The UK is currently a major player in the European drug approval process and has been the home of the European Medicines Agency (EMA). The EU is moving this regulatory agency for drugs to the Netherlands. It is expected that pharmaceutical companies will move manufacturing and drug testing facilities to within the EU to avoid tariffs and onerous regulations.

The UK Government has issued guidelines in the case of no-deal. These cover batch testing, ensuring the safe supply of blood and organs and the regulation of clinical trials and marketing approvals. The current uncertainty is a real problem for the pharmaceutical industry, where the development of drugs and other products depend heavily on the political and regulatory conditions of a country, and often require planning years in advance. It is expected that there will be slower authorisation of new medication and medical devices in future.

Continuity of supply is a real risk. Medicinal insulin, used by millions of diabetes patients is not manufactured in the UK, nor is it easily stored, as it requires temperature-controlled conditions. Disruption to the supply chain due to a no-deal Brexit would have severe consequences. .

What manufacturers really want is free trade, zero tariffs and frictionless trade across borders – an unlikely scenario. Those companies that have not developed contingency plans for the various scenarios may be disadvantaged. 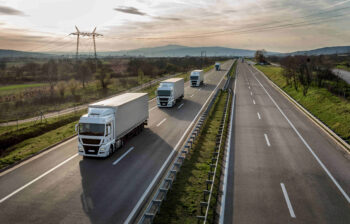 The shortage of heavy-goods-vehicle drivers (HGV) in the UK is not news. Leading industry bodies such as Logistics UK and… 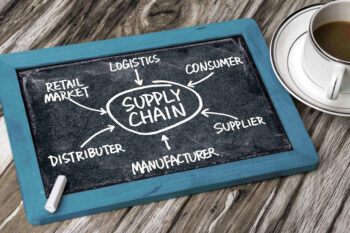 Can Supply Chains Be Both Agile and Lean?

In the last 18 months, Covid-19 has taught us that we don’t know what the future holds.  We have been…