According to the Organisation for Economic Co-operation and Development (OECD), the UK risks facing its first recession, since the Economic Crisis which hit, in 2008.

Recession is classified by an economic period which occurs when the performance within a region decreases for two or more consecutive financial quarters. This period affects industrial production, employment, wholesale-retail, within which the overall size of the country’s economy is quantified by Gross Domestic Product (GDP).

In the worst-case scenario, The Bank of England has warned that a no-deal Brexit could be the catalyst for a worse recession than that of the Financial Crisis, of 2008. This means that if no transition period occurs, then the UK’s economy could shrink by 8%. Moreover, house prices could be reduced by 30%, unemployment rates could double, inflation could increase by 6.5%, and GBP could fall by a quarter.

In 2018, the UK’s economy grew by 1.4% and for the first time since 2012, it significantly shrank between April and June. According to The Bank of England, this was due to Brexit uncertainty, additionally, this year’s growth forecast has fallen from 1.4% down to 0.8%.

Since the economy isn’t expected to reach 1% by the end of 2020, this could lead to another unpromising quarter, with a further 1.5% contraction. In a worst-case scenario, the UK would officially fall into recession. Based on OECD’s analysis, in case of Brexit-deal, the UK is expected to have a GDP increase of only 0.8%; On the other hand, in case of a no-deal Brexit, the ‘increase’ will be only significantly weaker.

In case of a no-deal Brexit situation, the 310-mile Irish border would be the only land border between the UK and EU; Northern Ireland and the Republic of Ireland would have different standards and regulations.

According to HM Revenue and Customs (HMRC), in the case of no-deal Brexit, every product manufactured in Northern Ireland and shipped to the UK may avoid having tariffs imposed upon them.

The alternative outcome would dictate that Northern Ireland might have to obey to the EU rules and impose tariffs on any goods that cross the border; as well as checking any documentation and conduct some product inspections to ensure that they meet the EU standards.

In such a scenario, orders can begin to decline, leading to low demand and profit loss. Therefore, the supply chain, manufacturing and logistics industry are the most likely to suffer from the recession.

SCCG’s significant experience, means they are knowledgeable of how best to carefully monitor supply chain risks and tools. Our team can provide cost-saving solutions within the distribution and storage process between the UK, Northern Ireland, EU and international countries.

SCCG have successfully completed numerous projects involving Distribution Network Strategy; Warehousing Operations, e-Commerce Logistics and Warehouse and Distribution Centre Design. In addition to this, the SCCG team are ideally suited to support any companies that may face problematic changes following Brexit decisions, or a possible recession.

Holding a wealth of experience in all aspects of Supply Chain and Logistics Operations; contact the SCCG team today, to enquire about how to implement the best pragmatic strategies to enhance business performance and continuity. 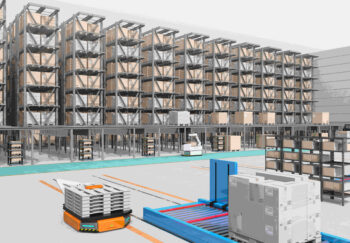 How Warehouse Automation Can Help with Labour Shortage

How Warehouse Automation Can Help with Labour Shortage The increasing demand for goods and services is affecting suppliers, manufacturers, and… 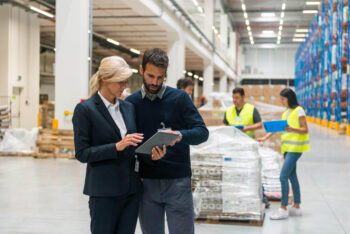 Why Inventory Management is Key to Supply Chain Success

Inventory management is a balancing act with pressure from all sides: finance demands minimum stock levels to limit working capital,…