According to UK charity WRAP, the UK currently produces 10.2 million tonnes of food waste a year, while 4.4% of the world’s carbon emission is generated from food waste. Additionally, the average UK household wastes £500 worth of food each year, according to the government’s Food Waste Champion’s findings.

With record levels of vulnerable families turning to food banks, these findings are truly shocking and highlight the urgent need for change.

Food is wasted at every stage of the supply chain, from the first step – production, to the final step – consumption. Strict supermarket specifications for produce has led to the mass disposal of food deemed to be the wrong size or shape. The rise of supermarket retail and consumerism resulted in shoppers disengaging with where their food comes from, leading to a disregard for unwanted food products.

However, consumer awareness of the food waste crisis is increasing, and innovative solutions are being developed to combat food waste, from mobile apps to vodka produced from cheese by-products.

OLIO, Too Good To Go and Karma are mobile apps aiming to reduce restaurant waste in the UK by acting as a platform for cafés and restaurants to sell left-over meals at a discounted price. The founders of Too Good to Go say they are aiming to reduce food waste by encouraging the mindset that ‘food produced is food consumed’; whilst Karma estimate they have ‘rescued’ 420 tonnes of food so far.

While these initiatives are successfully reducing food waste and educating consumers, significant change is unlikely to be achieved without action from the UK’s leading supermarkets. Aimed at reducing packaging waste while enabling shoppers to buy exactly as much as they will eat; Waitrose has launched a sustainable, and environmentally friendly packaging-free trial in Oxford, called Waitrose Unpacked. The initiative will not only to reduce plastic-waste, but also cut down on food waste, as consumers can dispense exactly what they need, as opposed to needlessly bulk buying over-packaged products. Wine, beer, rice and cleaning products are available to be dispensed from refill stations, while the store also features a pick and mix range of frozen fruit.

Retailer Morrisons recently introduced its ‘Weigh What You Need’ service, to help customers find exact ingredients, cutting down on food waste. As part of this scheme, Morrisons’ butchers, fishmongers and deli specialists will serve customers the exact amounts of food they require for a recipe, so no food is wasted.

With UK households wasting £500 worth of food each year, enabling customers to control how much food they buy is vital to reduce food waste. Morrisons is also trialing plastic-free fruit and vegetable areas in many of its stores; by offering loose fruit and veg, customers can buy exactly what they will eat, instead of being forced to buy multi-packs. Recognised as the first major British supermarket to make loose produce widely available since the shift away from excessive packaging in the UK; more than 100 varieties of fruit and veg are available to buy loose in 60 Morrisons stores; to fight the war against waste.

Morrisons and Waitrose currently play major roles within the food supply chain and could prove to be powerful catalysts for change.

Based upon the idea of ‘waste not, want not’ and the circular economy concept; many other retailers and manufacturers are trying to minimise waste and optimise resources.

Traditional cheddar maker ‘Barber’s’ collaborated with Black Cow Vodka to create vodka from cheese by-product, whey. The whey is fermented and distilled to make Black Cow Vodka, making use of a food product that would otherwise be discarded and wasted. Seasonal edition, Black Cow Vodka & English Strawberries is infused with left over strawberries, rejected by UK supermarkets for being too misshapen for sale.

Following a similar principle, Foxhole Spirits teamed up with a major British fruit supplier to produce HYKE Gin, made from internationally sourced, fresh table grapes that are surplus to the requirements of the supply chain. With an estimated 166m surplus supermarket grapes wasted every year when they fail to meet supermarket specifications, HYKE Gin is an innovative solution.

Another innovative product made with surplus fruit, is FRUU’s range of vegan lip balms. The lip balms are made from ingredients which have been extracted from damaged unused fruit seeds and kernels such as mango butter, avocado cold pressed oil, watermelon seed oil and lemon seed oil.

A collaborative approach is required to truly eliminate the culture of food waste, between manufacturers, the leading supermarkets and consumers. With the UK’s major supermarkets signing a pledge to help halve the country’s £20bn annual food waste bill by 2030, and new technology enabling consumers to take an active part in fighting food waste by making use of leftover food, the future looks bright. 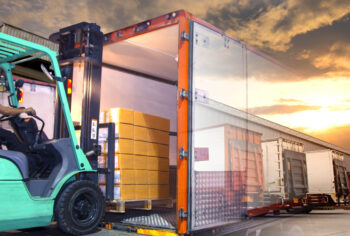 How To Make Logistics Outsourcing Work for You!

Do you know how to make Logistics Outsourcing work for you? Many companies choose to outsource some or all of… 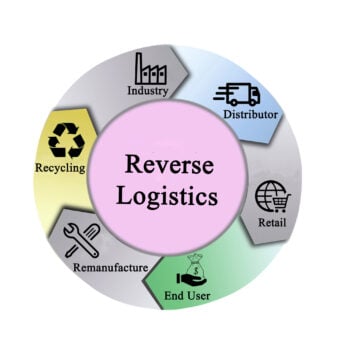