Created in London in 1982, by Barry Mero; Barry M Cosmetics (Barry M) is the leading British colour cosmetics company. Barry M is famous for its wide range of colourful, cruelty free, on-trend products and is dedicated to offering high quality at affordable prices.

In the early 80s Barry Mero had several retail outlets in London selling beauty and cosmetic products. The fashion was for dramatic, outrageous make-up, however, he found that no one was producing the exciting and vivid colours that his customers really wanted. So, in June 1982, he created the Barry M range. Barry M soon became a cult name in the field of colour cosmetics.

Barry M’s UK sales are predominately through Superdrug, Boots and Tesco, with products also being sold by River Island and a small quantity via Amazon on-line sales; although on-line sales equate to only between two and three per cent of Barry M’s turnover.

Barry M’s business focus was to increase sales via their current retail market, with increased activity expected over their following one to three-year planning horizon. Barry M’s then current 7,500ft2 facility, consisted of a ground floor for production and warehousing operations, a mezzanine floor, predominately for production and a small storage area for certain bulk product lines. The operational site was virtually to capacity and due to the lack of physical space within the current facility it was becoming increasingly difficult to manage day-to-day operations. Barry M also had use of an additional off-site warehouse facility which provided storage of c.300 pallets of bulk materials for the manufacturing process, from which materials would be picked and transferred to the main production facility at regular intervals throughout the day.

Barry M recognised that they needed to acquire more space in the form of another warehouse, so to correctly implement plans for their new facility, Barry M enlisted the support of the Specialist Logistics and Warehouse Consultancy, The Supply Chain Consulting Group (SCCG). Barry M consulted RM Partnership, to provide them with plans for a new facility, for which once the plot became available, construction commenced in Spring 2014.

SCCG were also required to establish an operational specification and budget costings for a suitable Warehouse Management System (WMS) to complement the current Opera warehousing module; alongside providing Standard Operating Procedures (SOPs) to support an improved WMS and recommendations for Material Handling Equipment (MHE) to support operations in the new facility. 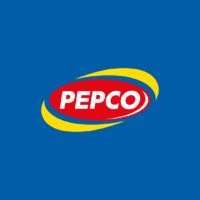 Soaring energy costs are impacting UK businesses and there is unlikely to be any noticeable relief in 2023. Despite Government initiatives like the Energy Bill Relief Scheme, it will be a…

In the spirit of the New Year, The Supply Chain Consulting Group (SCCG) is pleased to announce the sponsorship of the Fakenham Town U12 football team. Over the years, this…