Moving large-scale component parts for aircraft is not only expensive, it is logistically complicated.  Airbus manufactures aircraft component parts in various locations and currently transports most of them on one of their five super-sized Beluga STs, named for the Arctic whale of the same name.  Also called white whales, Belugas with bulging heads are common in the Arctic Ocean’s coastal waters.  Arctic belugas migrate southward in large herds when the sea freezes over.

The name Beluga suits Airbus’s cargo transporters as it also moves its parts southwards from Wales to Toulouse in France and to Spain.  The Airbus plant in Broughton, North Wales has been manufacturing since the end of World War II.  At this site, they assemble the wings for the entire family of Airbus commercial aircraft.  These activities include wing skin milling, stringer manufacture, full wing equipping and wing box assembly.

Airbus’s distributed assembly model takes advantage of skilled labour and local expertise in Europe and in China.   Since the plane’s inaugural flight in 1994, Airbus’s production rates have increased five-fold, so a new fleet is planned to keep up with demand.

The current five Airbus Belugas, which have been in service for 20 years, are going to be replaced gradually over the next five years by five new-generation BelugaXLs.  The current fleet built based on the A300 – 600ST, is ageing and the cubic metres available on the cargo planes will not satisfy Airbus’s needs in the 2020s.   Even carrying 48 tonnes of cargo on every trip (that’s 671 people or 36 cars) and with the current frequency of 60 flights a week, it will not be enough.

The first of the new breed of five planes will be rolled out from the Toulouse facility this summer.  The name XL suits it: this new design is 20 feet longer and 3 feet wider to accommodate more and bigger component pieces of aircraft.   The plan is that the new BelugaXLs will be used to transport completed sections of all types of Airbus aircraft among the company’s European production sites and to its final assembly lines in France, Germany, Spain as well as to China.

Before it can be released into service in 2019 the first aircraft will undergo a battery of tests after installation of its two jet engines, ensuring that all of the BelugaXL’s systems function as intended. Lessons learned from the production of the first one should means that the assembly time for the second could

be about two months shorter.  Only a crew of three is needed to operate the Beluga XL: two pilots and a loadmaster. Because of its size, the plane reacts differently to other large jets in turbulence; moving sideways more than up and down.

The new BelugaXL design is based on the Airbus A330-200 jetliner. “We have the A330 as a foundation,” said Bertrand George, head of the BelugaXL programme, “but many changes have been successfully designed, introduced into the aircraft and tested. Transforming an existing product into a super transporter is not a simple task.”   The BelugaXL has an unusual front loading door. This is made possible as the cockpit is set lower than usual to allow for direct the entry into the bubble space.  Its body shape is remaining mostly unchanged as both the old fleet and the new fleet will be in the air in the same timeframe, the STs only being phased out between now and 2025.

With a payload lifting capacity six tonnes greater than the Beluga ST version that it is replacing, the BelugaXL will be able to transport both wings of a

A350 XWB jetliner at once, instead of the single wing currently accommodated on the BelugaST.   The BelugaXL will manage to move all other aircraft parts between their manufacturing and assembly points except for the massive wings and fuselages for the Airbus A380 which are too big.  These will still have to be shipped in by sea and on by road.

The fully-equipped nose section of the first BelugaXL has just been delivered successfully by one of the current Beluga STs.  Designed, assembled and equipped by Stelia Aerospace to Airbus specifications, the nose section was airlifted to the Airbus final assembly line in Toulouse, France.   The nose section will have a smile painted on its face.  This image is the result of a competition held by Airbus among its employees in 2017.  Look out for the smiling white whale 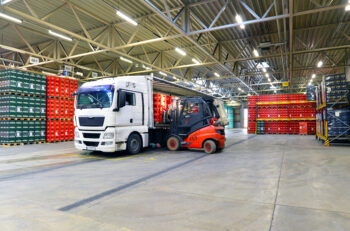 Exporting from UK to the EU – streamlining the transport of goods

Since early 2020, Brexit and COVID-19 have caused a perfect… 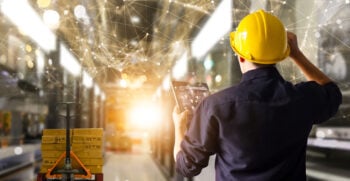 WMS – Are you leading your facility in the right… 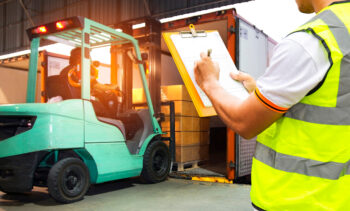 Forklift technology – is it time to automate? The automation…

Struggling with the warehouse storage space? There are solutions.

Struggling with warehouse storage space? There are solutions. Warehouses are…